“The console stood its ground through everything,” reports a delighted Karl Da Costa, FOH engineer and technical production manager at Artes, who was using a MIDAS digital desk for the first time following a product demo by Chicco Hiranandani  of Dubai-based NMK Electronics.

The PRO2 was installed at the festival’s open-air Jazz Garden which saw some 19 acts perform over nine days, including headline bands fronted by Ruby Turner, Deborah Coleman, Shakura S’Aida and Sharrie Williams. 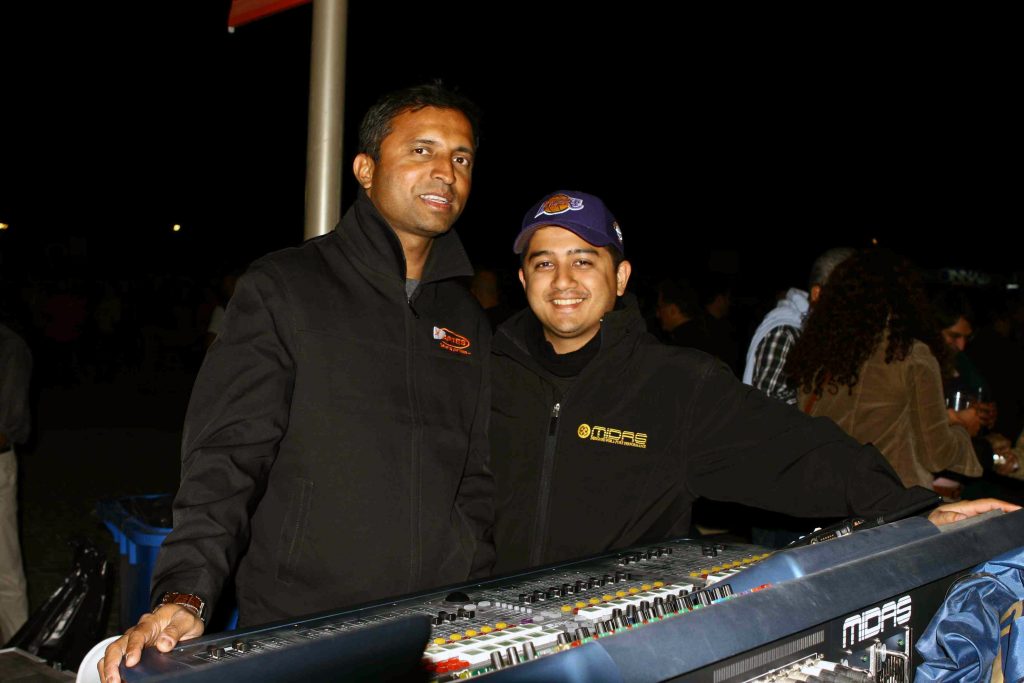 L to R: Karl Da Costa and Chicco Hiranandani with the Midas PRO2

Da Costa, an experienced user of MIDAS Verona and Heritage 3000 analogue consoles, quickly familiarised himself with the MIDAS digital desk to take full advantage of its versatility. He set up with 24 inputs, four effects and three main outputs routed to a Klark Teknik DN780 system processor. “After the first day, I built on the existing show files for the new bands, using the automation to recall files and overwrite,” he explains. “The most interesting feature was bringing all channels grouped on a particular VCA onto one module strip on the channel bank, making

it easier to manoeuvre the desired channel groups at just the press of a button.  Perfect for the fast turnaround you need when you’ve got a number of different acts on one night.”

For Da Costa the experience was altogether positive, despite the unusually challenging weather conditions. “The PRO2 is compact, top quality and it sounded great to artists and audience alike,” he says. “It’s also quite simple to use, and the tech support from MIDAS and NMK is fantastic.”

The PRO2’s performance was also positive for Hiranandani, who reports, “After seeing it perform at the Dubai International Jazz Festival, several engineers have been in touch requesting more information. Word about the PRO2 is spreading.”