Known for their fast guitar solos and electronic sound, DragonForce, the famous six piece power metal band from London have toured all summer long playing to thousands of fans per night. When their schedule took them to the USA, MIDAS had a special opportunity to catch up with sound engineer Andrew Peters, who has been using a MIDAS M32C and DL32 for the band’s monitor mixing.

DragonForce are running inputs and outputs via a DL32 stage box. The AES50 port from the stage box then runs into the M32C and a router connected via ethernet allows for internet connectivity to the unit – giving access to mixing from iPad or computer. 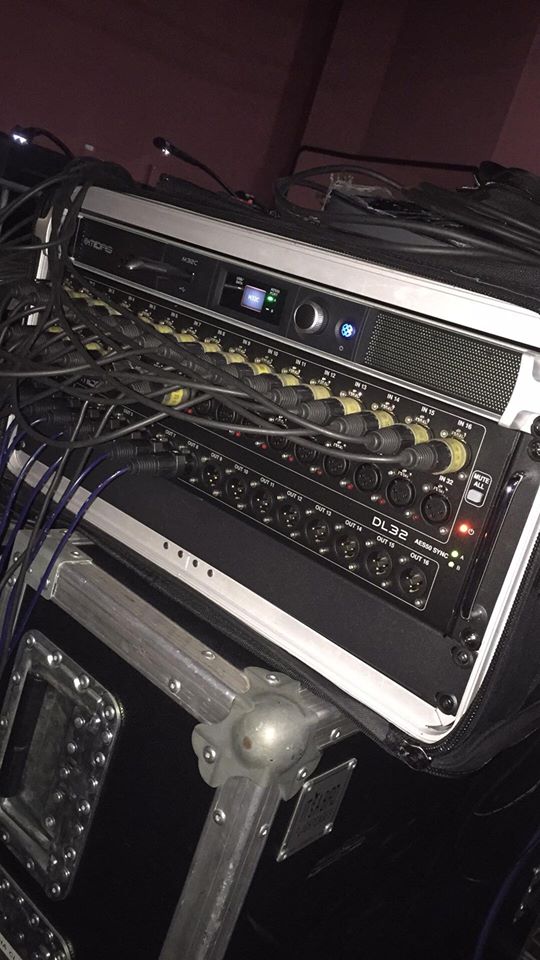 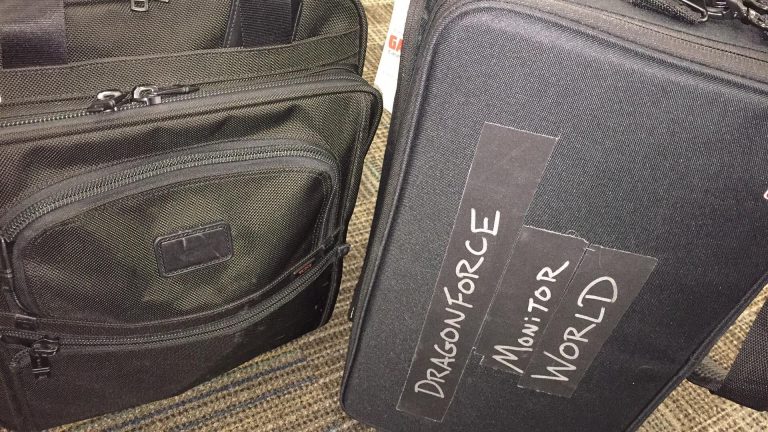 Peters comments, “DragonForce were looking for a new monitor rig and they do a lot of international travelling so I knew that we would have to rely on fly gear for the majority of the world tour. Ease of travelling, ease of setup, with the addition of consistent and quality sound were my core factors in selecting the M32C and DL32 combo.”

“The M32C and DL32 is so compact it goes in just a small 4 unit rack case and we can bring it on any plane and put it in an overhead compartment. Not carrying a board is the biggest thing for me because I don’t need to worry about getting a mixer from A to B so it’s a much easier method of working.” 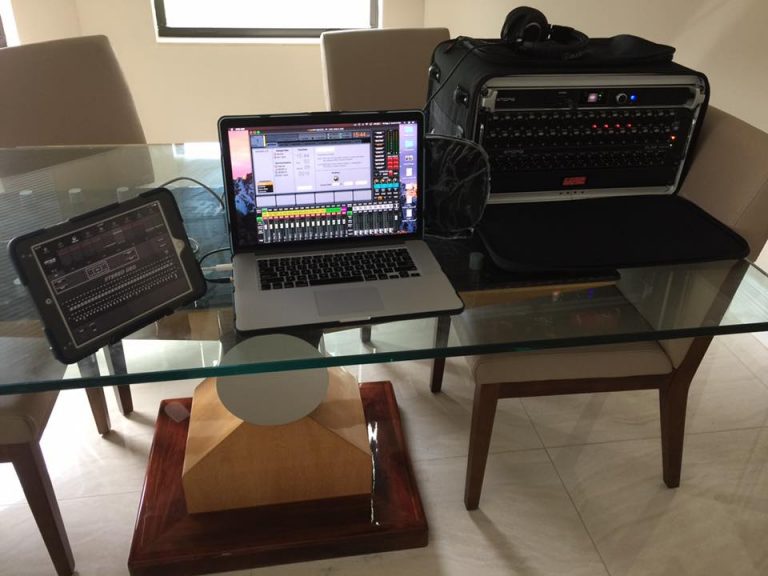 “You can set up everything you need to on either the iPad or on the computer using the Offline Editor which is what I did during pre-production for these shows. The scene was pretty much ready so it just takes a little tweaking here and there to get all the band content with their in-ears mix. The flow of the software is really intuitive so it’s been easy teaching the band how to change something and take care of their own mix when I’m not around.”

“The first thing everyone said is that they could hear a complete difference in the audio quality compared to before and showing them the iPad functionality was really cool. Vadim, the keyboardist started using the iPad App straight away and made his own in-ear mix so he was really engaged with the new system and is very content with the sound,” concludes Peters.