NAS are the new exclusive distributors of Cymatic Audio!

NAS is proud to be the new official Australian distributor for all Cymatic Audio products. Unfamiliar with Cymatic’s portfolio? Here’s a chance to get up to speed. 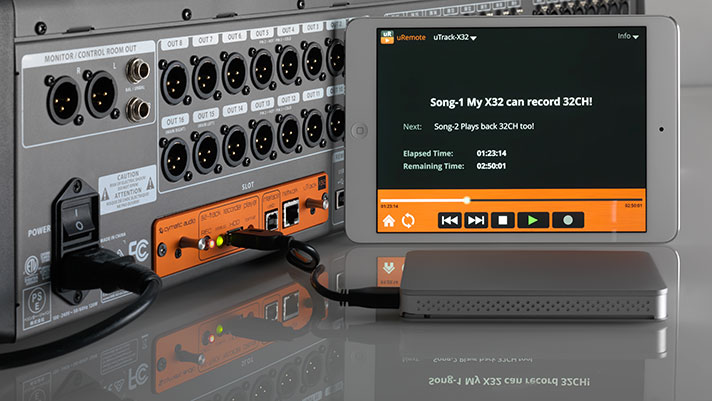 Cymatic Audio specialises in creating task-specific audio interfaces and playback devices. The LP-16 Live Player is one of its most popular products, offering 16-track audio playback with MIDI capabilities, controllable via dedicated Footswitch Start and Stop functions. Perfect for the live stage, the LP-16 takes potentially flaky laptops out of gigging environments. If you use backing tracks in your stage sets, the LP-16 lets you run virtual sound checks, trigger synths or samplers via MIDI, drive light shows, and even make changes to your playlist on the fly for when the crowd requests a special number.

For those who can’t survive without a computer, the LP-16 is no less useful. Pair it with a Mac, PC or iPad to get yourself an 18-out/2-in USB audio interface. With that many output channels, you can assign individual tracks in a multi-track DAW session to the physical line outs on the rear of the unit to still control the backing tracks in your live show. Or hook it up to an analogue mixer in the studio for some outside-the-box summing.

Cymatic’s equally ingenious LR-16 looks almost identical to the LP-16 but does the precise opposite. It’s an easy-to-use USB recorder, letting you hook up 2, 4, 8 or 16 channels to the line inputs and record tracks directly to compatible USB hard drives or thumb drives. The applications are endless. Use it as a location recorder, when you’re out in the field, multi-tracking a live concert, or as a failsafe backup in the studio.

Cymatic’s uTrack 24 is a three-in-one recorder/player/interface all housed in a 1U rack unit. Option cards are available to expand the uTrack 24 with digital I/O. The company also offers device control software, cables, and other nifty audio networking products.

Why a dedicated hardware player/recorder? Aren’t computers so much more flexible?

Well, yes, sometimes. But when it comes to reliability, there’s no argument: hardware wins. Mission critical applications — like the multitrack recording of a live show, or playing back tracks at an all-important gig — deserve a system that won’t let you down. When auto-updates, crashes, and unexpected restarts aren’t an option, Cymatic Audio has you covered.

Thanks to Audio Technology for their original write-up, which can be viewed here.