Dave Jacques is a familiar face to the Australian audio community, currently heading up National Audio System’s Project Team, which provides application support, engineering, and training for brands like d&b audiotechnik and Midas. Others may know of his extensive background in US touring. Some know that there’s a rather special statuette in his metaphorical Pool Room. In his own words, Dave talks us through how his career developed and offers some wise words of advice for those seeking their way in our industry…

“I was born and raised in the eastern suburbs of Melbourne. From very early on, I was keen on anything that made noise, and music connected with me the way nothing else did. I started messing around with home hi-fi systems and built my own PA out of stuff I collected from junk piles. By the time I was 17, I had five small PA and light rigs that went out with DJs. I paid my brother-in-law to drive me around on Fridays and Saturdays to set up the gear, which I hired to DJs. In terms of gigs, I did a bit of everything, and in the later years of that business, it was private functions in venues and lots of mobile DJs. I then started some mixing work for friends in bands that I knew.”

“One day, at my sister’s engagement party, I was running a PA made of stuff I’d built, and I met the founder of Powa Audio, John Boshua. He got talking to me. Years later, he said ‘I knew from the moment I met you that you had the bug’. At the time, I was running my business out of my parent’s garage, and the neighbours complained about gear returns at 2 and 3 AM, so I had to get a premises. John said they had space for me in their factory. The deal was, I didn’t pay rent, but I was there day-to-day. I would help prep gear for their customers. It became a conflict of interest because we couldn’t tell whose customers were who. We then made a deal that I’d sell out of audio and do lighting, and they’d sell out of lighting and do audio. I owned a lighting company that ran alongside Powa for years.”

“I built a lot of Powa’s PAs, and became their system tech. I’d also mix bands if there wasn’t an engineer. They supplied bigger events like Youth Alive, a Christian event, so I used to mix a few of those around the country, as well as small tours with various Aussie artists. That’s how I got hooked up with Melbourne Christian band the Paul Colman Trio; they needed a lighting guy, so I did the gig, and the lead singer said he had never worked with a lighting guy that got the flow of music before, and would I consider doing their lighting permanently? I said I was better at sound, and he asked if I wanted to mix. I ended up mixing five of their national tours, doing FOH and monitors plus lights. Mixing for Colman, I met a lot of touring acts from the USA. A few of them were keen to work with me, so when I finally got to the States I already knew a lot of people.” 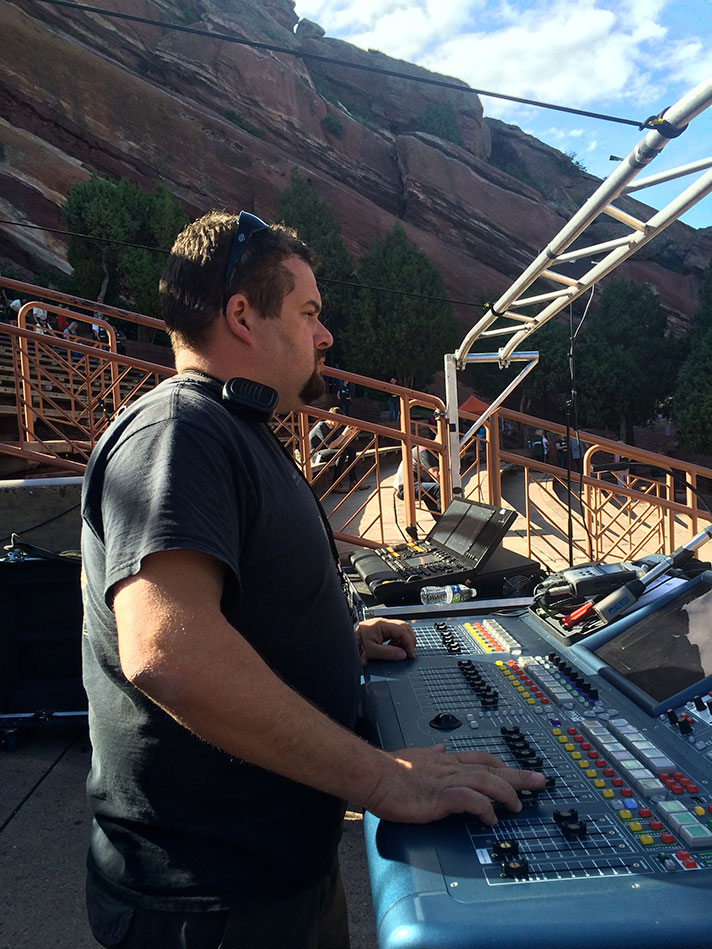 “The first time I toured the US, I went over with Colman, who were opening for Christian Southern rockers Third Day on their ‘Come Together’ tour. It was 130 shows in a year, all arenas. Colman negotiated for the tour to employ me. Paul Colman, as a muso, decided that I could be a rigger. I show up on day one, at rehearsals, on a show with 90 points in the ceiling, and was introduced to a crew of 40 people as the tour rigger. I was like ‘What?!? I’m not a ticketed rigger. I know how to run chain motors and build bridles, but it’s not my game!!’ They said, OK its fine, they had ticketed riggers on the lighting crew. So I became the rigger, and also mixed the opening band. The second act decided they liked what I did and asked me to take over mixing for them, and then, three or four weeks in, Third Day was having audio issues, so they asked me to system tech for them. I loved the opportunity, and I’d do it again. It was hard work, but it was rewarding.”

“The Paul Colman Trio broke up in 2004 and I went home to Australia. Six months later, I got a phone call at 4 AM from Third Day, and they wanted me to get on a plane. I became production manager and FOH engineer, for them, and I moved to the USA and lived there nine months a year for nine years. I worked for other Christian artists and I became the guy at the festival that would mix half the bands. I still do the odd tour; Third Day leave the door open, so I do as much as I can. It’s great of them to be flexible.” 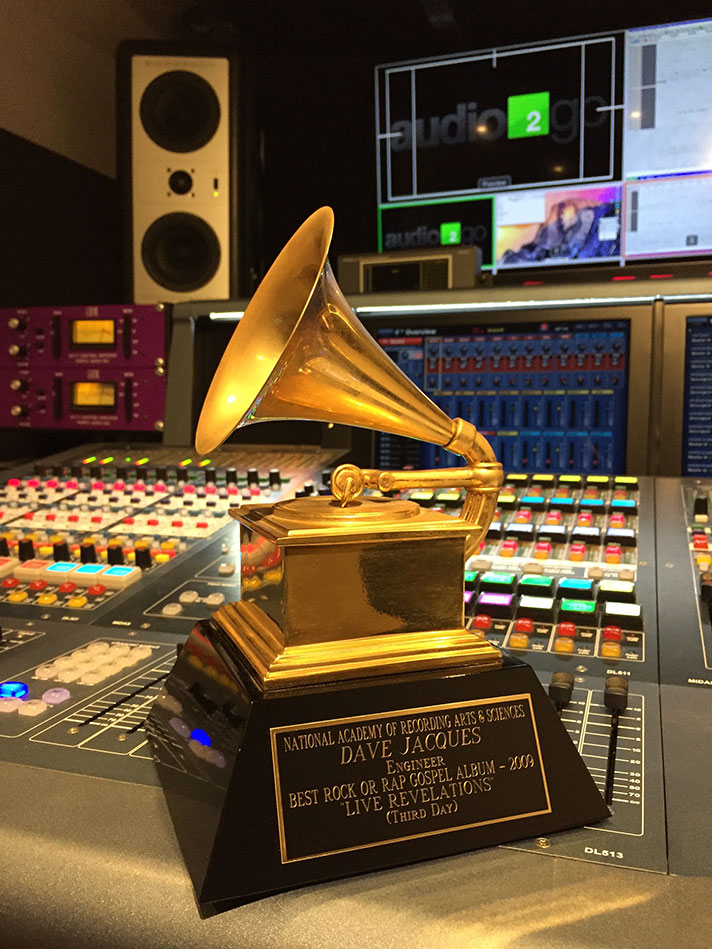 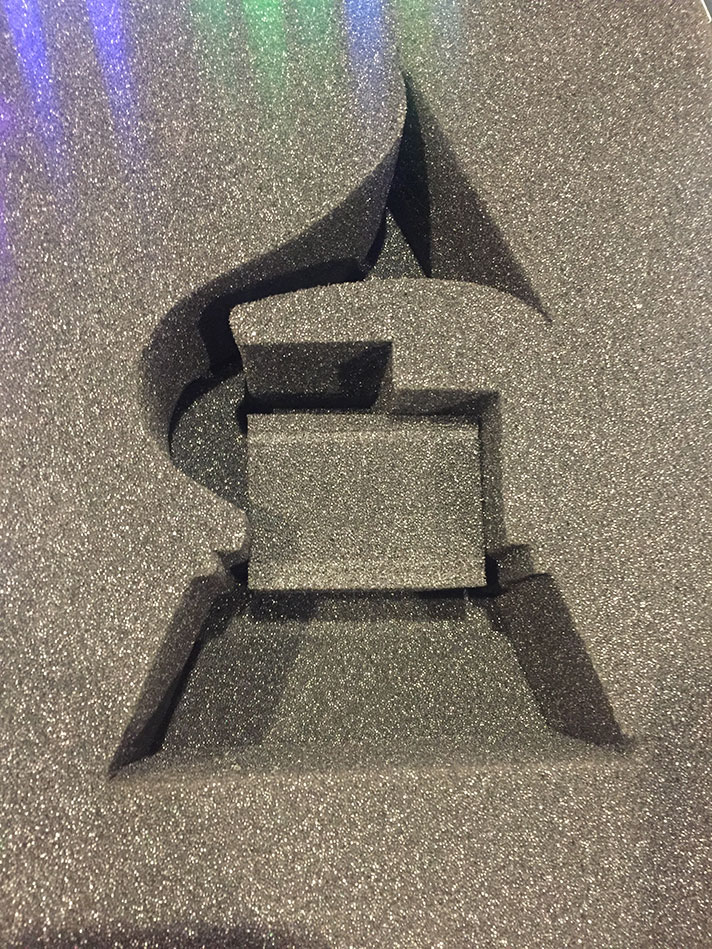 And the Winner is…

“Touring with Third Day, we multi-tracked all the shows, and in 2009, we decided to release a live record. So we recorded a bunch of nights, and what came out the end was a record and a DVD that did quite well. I got an email one day that said ‘Congratulations on your Grammy nomination’. I thought it was spam and I was about to delete it, but I could see the first few lines of the message and it had my home address, which was not my mailing address, and very few people would have had it. They were saying they wanted to confirm my details, and they had a lot of personal information about me. I called the management company, and they said, ‘Oh yeah, you’ve been nominated for a Grammy for ‘Best Rock or Rap Gospel album 2009’.”

“We got the nomination and I didn’t think much of it after that as I thought there was no chance I would win it, so I didn’t go. All of a sudden, we won. I was gobsmacked. It didn’t sink in until the after the statuette got delivered. It was sitting in laser-cut foam in a box, and I had to sign a document saying I’d never sell it. I opened this thing and thought ‘Oh my, I’ve actually won something!’ The way I took it, is that it was recognition of a career of hard work, stupid hours, and giving a lot of your soul. But I’m mindful of the fact that there are so many in our industry that work as hard or harder and never get any recognition. I have respect for everyone out there giving their best each week and never getting the thanks they deserve.” 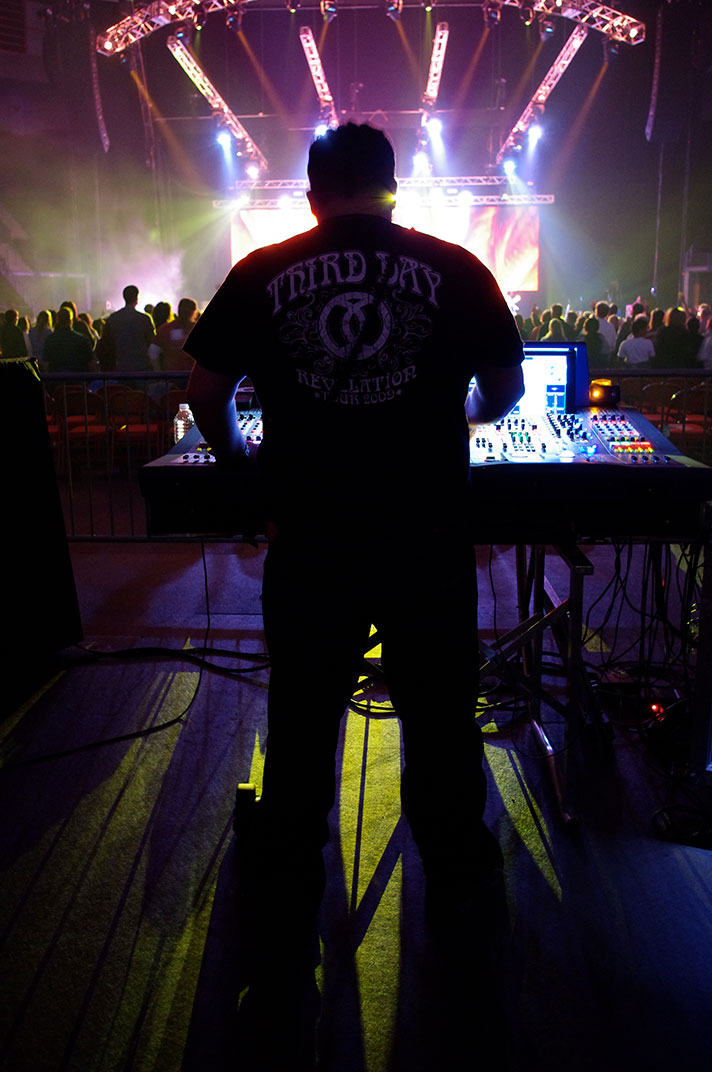 The Power and the Passion

“I’ve often said that there are better engineers than me that never got the break that I got. The hard part of this industry is that it is passion-filled. The good thing about that is that you’re driven to do things well, but along the way comes a lot of hard knocks. When you’re personally invested in what you do and it makes up a big part of who you are, it can be a dangerous place. That’s why I think there’s a lot of cases of depression, as you don’t always get the thanks for the hard work and the effort, especially when things don’t go well. Yes, I’ve had a great career with a lot of high points, but there’s been plenty of low points. It’s hard to not take them to heart. You’ve got to get back up, have another go, and learn from what you did. John Boshua taught me that – take responsibility for your actions, take the bull by the horns, and fix the problems.”

“I made the choice to come home to Australia in 2009 and try my hand at a normal life. I knew NAS’s Shane Bailey back when he was at EV, and that’s how that relationship started. My job at NAS allows me to spin the technical propeller on my head, and I’ve learnt a huge amount from the exposure to the companies we represent. NAS sees the value of having industry people with real-world experience on staff, and they realise it’s important to keep skills relevant. If I go out on tour for a few months, they support that. NAS is unique in that regard and they’ve got good results from it. We have a lot of people in our technical team that have that background. It helps you understand what industry people go through and what’s important to them.”

“I’ve also recently built a broadcast recording vehicle with an impressive setup. It operates under the business name Audio2GO (look it up on Facebook!). It’s been doing a little bit of work, but we haven’t really told the world about it too much yet. It’s a great mixing space that is well treated and has some awesome equipment and monitoring. I spend quite a lot of time working on broadcast mixes, multitrack recording and other projects in this space.”

“If there’s one piece of advice I’d give to young people starting out in this industry, is do your best to be smart with your money and save. That means when it’s time to say yes or no to a gig, you can hold out for the show or tour you want instead of being forced to take what’s going. I didn’t come from money, so I had to do whatever job I could. The problem with that was some of the gigs I took were the kind where you leave a piece of your soul at the show. We’ve all done them – ridiculous work and people demanding ludicrous effort for no money. Yes, do everything you can for experience, but if you can save six months or a year’s pay, you could choose your tour, or take a chance on an up-and- coming band. That was a big win for me, allowing me to pick and choose a little more about where I worked and the kind of people I worked for. When you can negotiate for pay and aren’t desperate, you’re in a better position.”

This article was originally published in edition 128 of CX Magazine. You can view it digitally here.