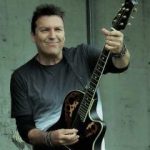 Gary Eastwood is a Melbourne based musician. He has spent the past 15 years mastering his craft in pubs and clubs in Australia and overseas. After recording a successful album in 1998 accompanied by video clips, TV, and radio performances, Gary has established himself as a highly sought after corporate entertainer.

As a gigging musician-about-town, I play at lot of venues in Melbourne, including residencies; one of which I’ve played every Sunday night for 19 years. I mix myself on my smaller solo gigs, and employ a sound technician to mix the gigs where I play with a band.

In the rooms I’m familiar with, I’ve worked out the EQ, settings, and a basic mix I can run myself. When I’m playing with a three or four piece, the engineer handles everything.

My solo shows are a simple set-up with no outboard. The Opera Unica 12s have their own processing on-board, and are flat enough that they don’t really feedback, except in terrible acoustics like glass-walled rooms.

I run a basic 12 channel analogue desk that has three band parametric EQ with sweepable mid on the channels. It has Lexicon effects built-in, but other than that, there’s no other processing. I use a couple of different vocal mics, a guitar, and a stompbox for kick drum.

I’ve always found that if you use a good mic, a good guitar with good pickups, and do a good mix, you’ll get the best out of the speakers.

When I was researching for purchase, I was lent some Opera Unica 12s to do some comparisons against other speakers, and I felt the throw, clarity, feedback rejection, and low weight made them a very attractive proposition; almost a no brainer.

Ultimately, I chose the Opera Unica 12s because of their price, size,  weight, and performance. Compared to other brands of powered 12s, I found that they’re close in performance to those that are double in price. 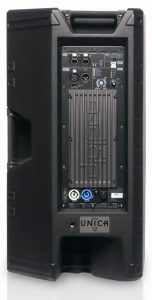 I’ve owned a lot of speakers over the years. With most of them, I’ve had to boost or cut frequencies, and when you change things, that’s when things start to sound unnatural. I run the Opera Unica 12s flat and they sound great with no tweaking. I switch them on and I don’t have to EQ, except in highly reverberant rooms with a lot of reflections, where I might take some bottom end out.

I’ve found I don’t need any outboard compression or GEQ. I now own four Opera Unica 12s, and I run two a side in the bigger rooms, which is more than ample. On smaller events, like the pub I play on a Sunday, I can use one, and it cuts it even with around 500 people there.

I’ve found the Opera Unica 12s sound good both at low volume and pumped up. When I use them with my dbTechnologies SUB 18H, the throw distance and level is surprising for boxes of their size. The Unica 12s have a wedge profile, and I’ve used them as foldback. The 12” driver gives them enough power to get a vocal to really cut through. They’re very robust.

To my ears, the Opera Unica 12s sound “alive”. Their response is not honky or bassy, and voice and guitar just come to life. They enhance vocals and you get all of the range and tone – they don’t camouflage anything. Their response is like pressing the ‘Loudness’ button on a home stereo; everything boosts and comes forward.

They’re not ‘bright’ per se, more alive without being unrealistic. 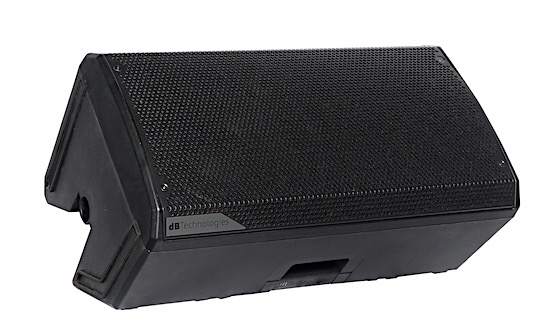 At 15kg, the Opera Unica 12s weigh less than most of their more expensive competitors and deliver the same quality sound. There are two handles, one of the top and one on side, and it doesn’t bother me there aren’t two side handles. They’re easy to manoeuvre, and anyone can put one on a speaker stand with no problem, even at height. 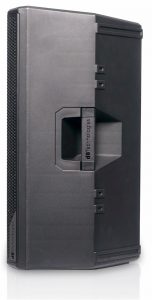 They’re easy on the body, especially when you’re solo and doing production yourself. While light, they’re still extremely robust; however they engineer the components and cabinet to be both light and powerful, they’re doing a good job. They’re a workhorse of a speaker.

I’ve never had a problem with a dBTechnologies speaker, not even a blown fuse. I drive them hard and get the maximum out of them, and I’ve still never blown a tweeter or a cone. They are definitely solidly manufactured.

Support from the distributor, NAS, is great, and I’ve never had any dramas.

I’ve noticed that dBTechnologies isn’t as well known in the market as some other brands. When I bring them to use on gigs where I’m employing an engineer, sound techs tend to ask “What are these boxes?” After they’ve used them, they’re usually impressed, and some say they’re going to buy some for their own systems.

I’ve had mates who have bought them after hearing my rig, too. It’s all about the price and performance. dBTechnologies products are getting noticed, and I think people need to hear them. If you lined the Opera Unica 12s up in a blindfolded listening test against the competition, I believe most engineers would put them near the top.

dBTechnologies develop their products, and they’re getting better all the time. They’re comparable to all major brands, and they’re definitely in the top-tier category. 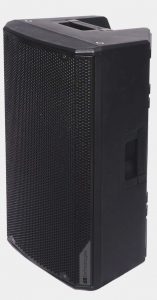 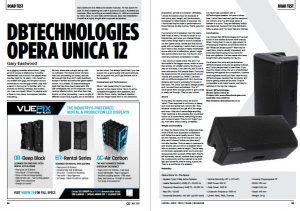 CX Magazine – May 2019   Entertainment technology news and issues for Australia and New Zealand – in print and free online www.cxnetwork.com.au