Whenever we cover a house of worship that’s had to relocate to a new sanctuary within these pages, it’s almost always for the same reason: the congregation has outgrown the old building. While most will be able to take their time in finding a new home, Life Church in New Zealand had no such luxury, when external factors dictated a move sooner rather than later for its Central campus in Auckland’s Mount Eden suburb.

‘Life’s old facility in Mount Eden was rezoned for civil service reconstruction,’ explains Dave Jacques, project team leader at Melbourne-based National Audio Systems (NAS). ‘The site had undergone a compulsory acquisition to make way for a train line. So, they needed to build a new campus to move to, while also having more room for its growing congregation.’

‘We are a growing church and had really outgrown our old facility,’ confirms Daniel Cotton from Life Church. ‘And, when our local council required our site for a new city rail station and underground tunnel entrance, we negotiated a land swap and funding to build and relocate to our new Life Central site, which is located a five-minute walk from the old site and has more than double the land area.’

The church invited NAS to offer an audio solution while the building was still in its design phase. ‘We had worked with NAS on our previous two venue builds – Life North in 2012 and Life South in 2008,’ Cotton recalls. ‘We were very happy with their skills and support throughout those processes.’ 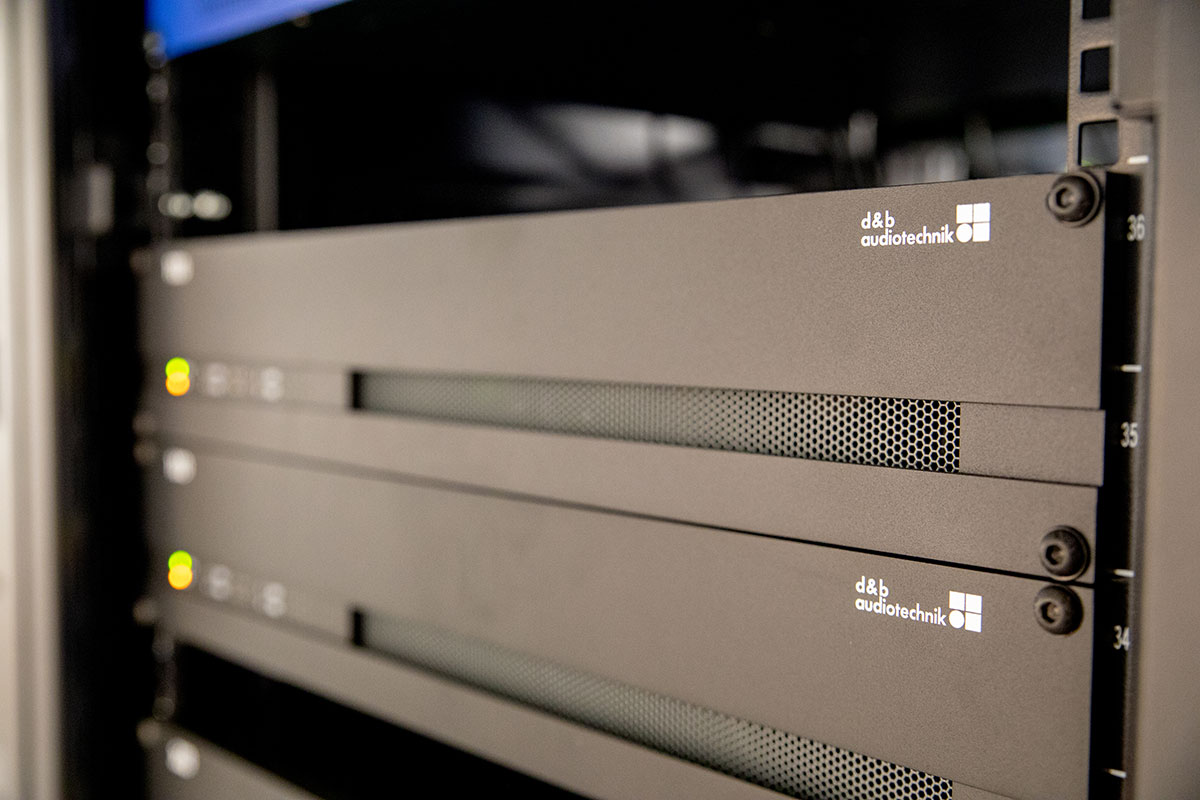 ‘We’ve worked with the church and supplied sound systems from d&b audiotechnik for nine years,’ notes Jacques. ‘They’ve been happy with our work and the solutions provided, and always call us back. It’s a competitive process against other suppliers and their proposed systems every time. We’ve built up a great relationship with Dan and the team at Life, but they still want to be sure that they’re getting the best solution possible. It ensures that we go the extra mile, as always, to provide just that.’

NAS serves as the distributor for d&b audiotechnik products in Australia and New Zealand and, therefore, knows the systems very well. Having beaten the competition once again to win the work with Life, NAS was able to start work on the system design while the new building was still under construction.

‘Even in the design phase of the building, we started specifying where we would hang the loudspeakers,’ says Jacques. ‘This is a huge advantage, as we can let the architects and builders know roughly where the speakers need to hang from the walls and ceiling, and let them know how much weight needs to be supported. The roof structure was therefore built with that in mind, ensuring it would be able to hold the weight of the speakers.’

‘We also discussed some acoustic treatment that they might choose to employ,’ adds Shane Bailey, NAS’ managing director. ‘We discussed acoustic consultants that they could engage with. We then saw some acoustic modelling that would tell us roughly what the room’s spec was going to be acoustically so that we could identify certain surfaces that we needed to avoid or make allowances for when designing the sound system.’ 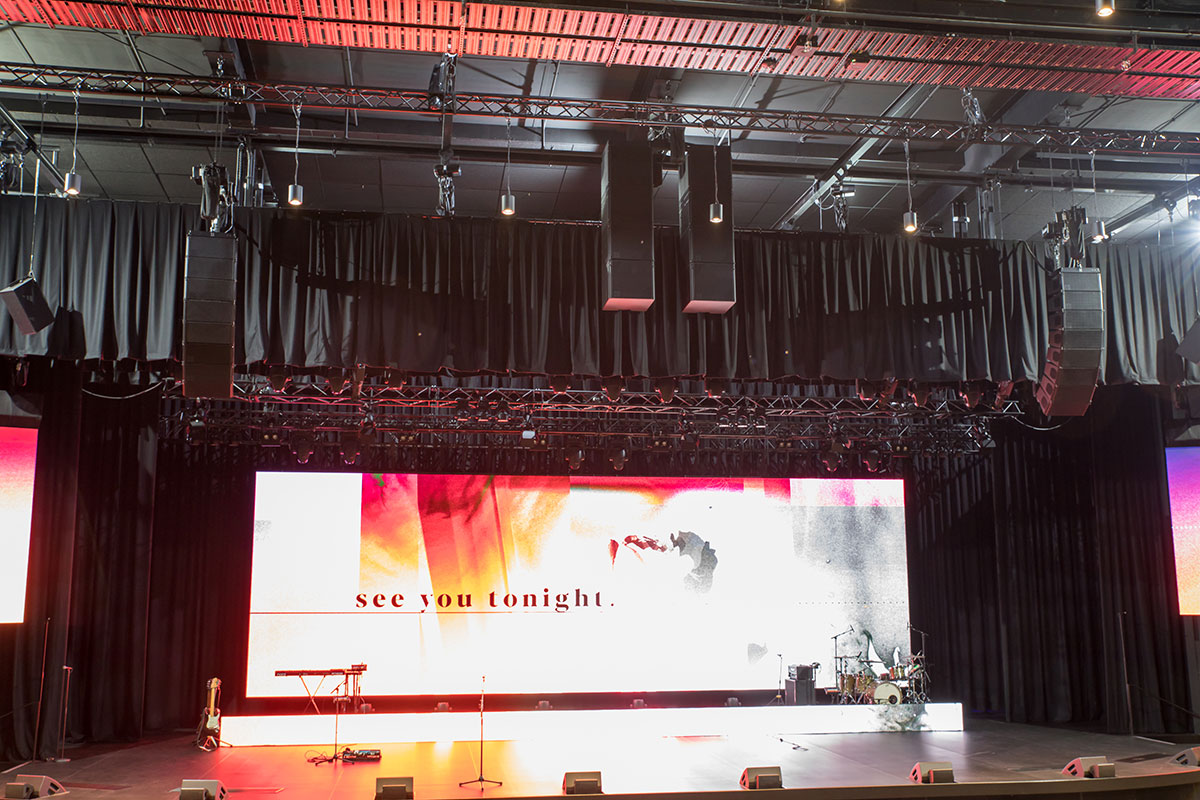 Another benefit of the sound design team being involved with a new build at an early stage is the constant dialogue between them, the church and the construction team.

‘To be able to have a clear line of communication with the church, where we can go back and forth and discuss potential issues, is extremely helpful,’ says Jacques. ‘Rather than just putting forward our best design based on the information we’ve been given and not getting any feedback, we were kept in the know of any changes or compromises we’d need to make early, which ultimately helped us to provide the best, quality audio throughout the church.’

NAS has a policy it adheres to for each of its projects: ‘We have a first-in, last-out approach where we help with the design as much as possible,’ explains Bailey. ‘An installation company will come in to install the system, and then we come back and do the final commissioning and make sure that the system performs as we suggested it would.’

The installation company in this instance was Auckland-based rental firm Western Audio, which installed the setup specified by NAS. This comprises two hangs of four Vi-SUB subwoofers above the centre of the stage, while arrays of eight loudspeakers have been flown to the left and right, formed from a total of 10 Vi8 and six Vi12 enclosures. Eight 21S subwoofers extend the low-end frequencies across the front of the stage, above which are four E6 speakers providing front-fill from their position along the lip of the stage, and nine M6 monitors deliver foldback to those on the stage. The system is completed by four Vi7P cabinets that serve as delays and high-level fills throughout the venue, while power is provided by eight d&b 30D amplifiers and a single D80 unit.

‘We had demoed two alternative products in our South venue in the years leading up to the build,’ says Cotton, referring to a pair of the solutions suggested by the companies NAS competed against to win the project. ‘Neither out-performed the T-Series system we’d previously had installed. With all the experience we’ve had deploying d&b systems and working with Western Audio, the d&b product always proved very reliable and always sound great.’ 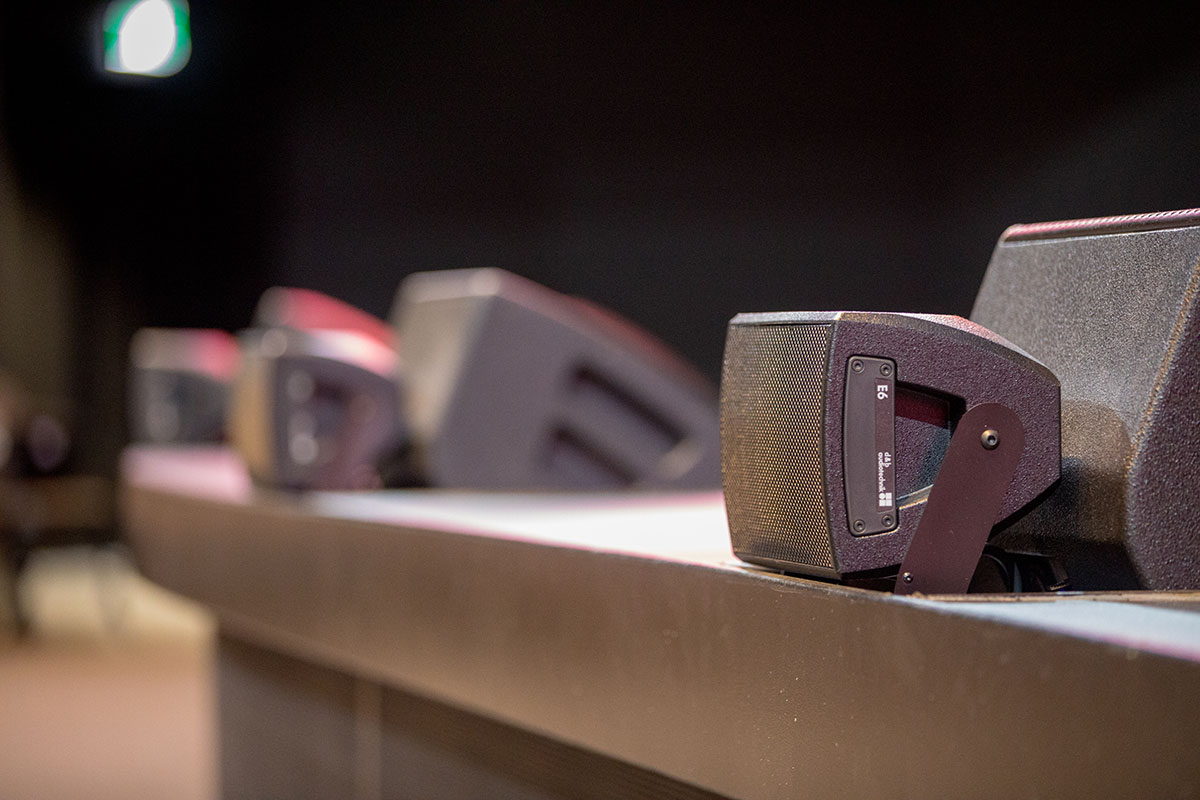 The sound setup isn’t just confined to the new sanctuary. The team at Life wants the best solutions possible, and this extends into other areas. ‘We designed a distributed sound system that carries out into the foyer and café areas that lead into the main auditorium,’ explains Jacques. ‘These are used as overflow areas and it’s all d&b, which is great, as you get a consistent sound whether you are in the auditorium or outside it. Daniel and his team didn’t want there to be a drop in sound quality in these spaces when compared to the main sanctuary and asked if we could align the systems with the main setup. There was a desire for the church to extend the acoustic and sonic experience to greet visitors from the moment they walked in the doors of the building, carrying all the way through to actually being in the auditorium.’

The foyer system is formed from nine d&b audiotechnik 5S loudspeakers and a further eight that have a white finish. These are complemented by a 27S-SUB subwoofer on the low end, while a pair of 10D amplifiers drives the setup.

‘As well as being used as overflow spaces, the foyer and café can also be used as standalone spaces for smaller events. So, the system here can be used on its own. However, when it’s used for overflow, projecting the audio from inside the auditorium, we’ve set the speakers on a time delay so that those walking through, from one space to another, don’t notice any transition in the audio. Because Life wanted a full, big sound with full-frequency response to match its auditorium, there’s even floating cardioid subwoofers in the ceiling to provide low-frequency support in the foyer and café.’

Everybody at Life is happy with the new system, although Cotton and his team always find room for improvement. ‘We are super happy with the system,’ Cotton declares. ‘It performs outstandingly, and we have continued to tweak the tuning as we have settled into the room and have had two follow-up tunings with Western Audio. No system is perfect, and there are some things we would do differently, but overall we’re very happy.’

Bailey and Jacques intend to continue building up their ties with Life. ‘It’s a great relationship,’ Jacques concludes. ‘They’re very open and very willing to push the boundaries a little bit to get better results.’

This article was first published in the November-December 2019 edition of Worship AVL. Subscribe at www.proavl-central.com/subscribe/worship