IsoAcoustics is honoured to announce that the ISO-Puck 76 has been nominated for the Outstanding Technical Achievement, Production Essentials category at the 36th Annual TEC Awards. The Technical Excellence and Creativity (TEC) Awards recognises the individuals, companies, and technical innovations behind the sound of recordings, live performances, films, television, video games, and multi-media. The TEC Awards are the highest honour dedicated to the pro-audio and sound recording industry voted by industry professionals.

The ISO-Puck 76 is the latest and largest addition to IsoAcoustics’ ISO-Puck isolator series, designed for heavier studio monitors, subwoofers, and guitar/bass amplifiers.

“It is an honour to receive the 2021 TEC Award nomination for the ISO-Puck 76,” says Dave Morrison, founder of IsoAcoustics. “When designing the ISO-Puck series, we strived to create a tool to elevate the users’ listening experience, to help them mix with more precision while maintaining the lowest profile possible. The ISO-Puck 76 was created in response to customer feedback for a product that was designed for heavier near-field and mid-field monitors.” 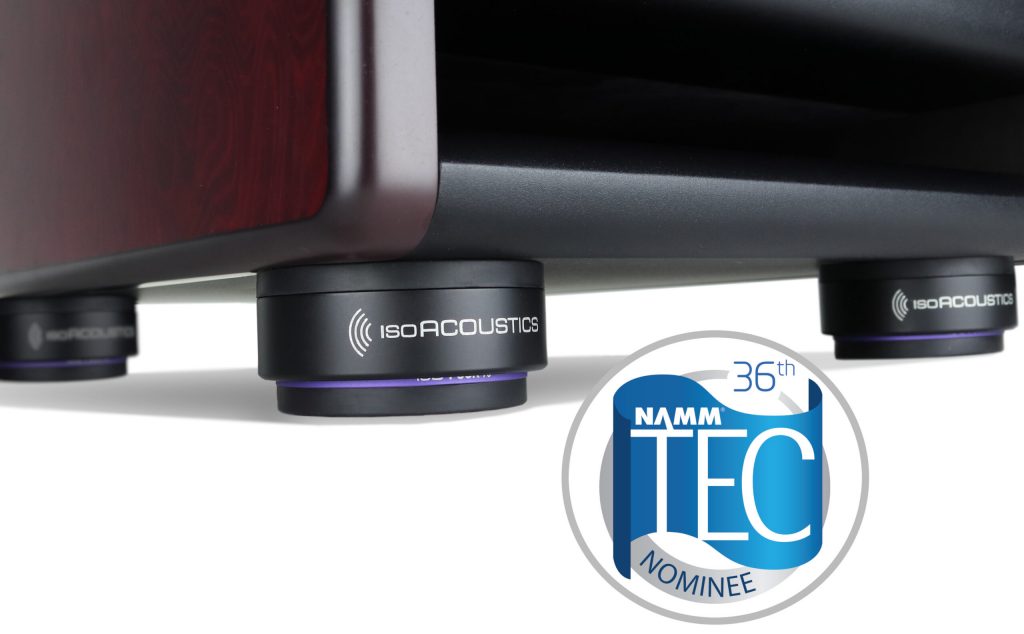 Nominees for the TEC awards represent superior accomplishments in their respective fields as determined by a panel of professionals and thought leaders in all areas of the audio and sound production industry. Voting for the 36th Annual TEC Awards will begin November 19, 2020. The winners will be announced on January 22nd as part of NAMM Believe in Music Week.

Learn more about the ISO-Puck 76 here.