Home News Crowded House back on tour with d&b audiotechnik

Crowded House back on tour with d&b audiotechnik

Crowded House have just completed the scaled-down To The Island tour in their homeland, having planned to spend 2021 touring globally. A d&b audiotechnik was chosen for the tour, one of the first national outings by any act since the pandemic hit. that the ‘tour delivered the very best in sound and voice quality.

Western Audio, recommended and supplied d&b KSL and GSL systems with ArrayProcessing for the North Island-leg of the tour. The system needed to provide the flexibility and dynamic range for venues from 2,000-capacity indoor spaces to 8,500-capacity arenas.

“In the arena, the relationship between mains and sides was so smooth, I often found I could rotate the side around more than usual – about 55- to 70-degrees – and still have great coverage,” commented the tour’s systems tech, Bjarne Hemmingsen. 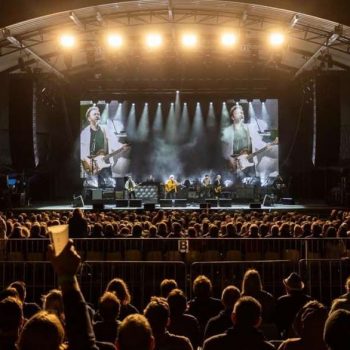 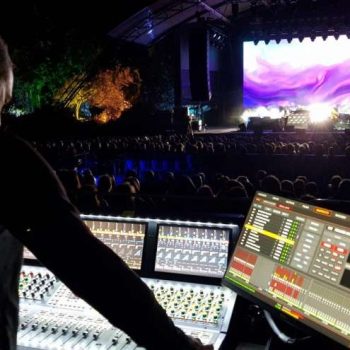 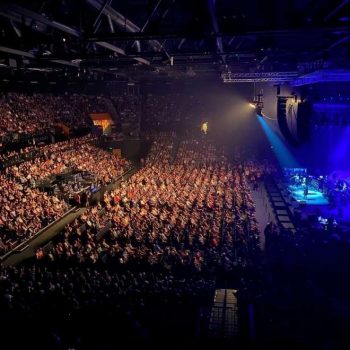 With no limitations of mass gatherings or social distancing requirements, the band performed at packed venues night after night, with d&b’s line array optimisation software function, ArrayProcessing, assisting the crew to deliver consistent sound throughout.

“The show sits at an average of 94 to 97dba at FOH and applying ArrayProcessing really optimised the tonal level across the coverage area and made a huge difference for the people in the back rows,” continued Hemmingsen.

With just one or two nights between shows, the crew also benefitted from the SL-Series’ quick rigging and powerful db software suite for efficient planning and predictable coverage.

“The compression rigging on the SL-Series is really efficient and easy,” said Hemmingsen. “Large arrays can be rigged with only two people and transiting the flying frame on top of the array helps a lot with time and truck space. I really enjoyed using the system and the feedback from everyone was excellent. I look forward to using it again in the future.”