Mt Albert Baptist Church is a thriving multicultural and multigenerational church in Auckland, NZ. Started in the early 1900s, the church was birthed to serve the community, and continues to fulfil this vision today through its many community events ranging from Global Café Nights to an international Street Food Festival, English classes, Mainly Music, Kids Forever Christian Preschool and more.

Both contemporary and traditional multicultural services run each Sunday at Mt Albert Baptist Church, welcoming anyone who walks through the doors.

For years, Mt Albert Baptist has been fundraising and planning an extension and rebuild of its auditorium and new lobby, café, kitchen and kids spaces. Not only would this project facilitate further growth in the church but the building extension expanded the church’s capacity for community events and outreach. As a result the need arose for a refreshed AV system, which included audio, lighting and visual displays, to support the building extensions in the various spaces.

The brief was to replace the outgoing sound system with one that could provide good coverage and frequency response for their auditorium for speech, worship and community events. Additionally Mt Albert Baptist required a background music and speech system in the church lobby/café to either take a feed from the auditorium or be used separately with simple line input and a mic. Professional displays were also needed to act as delay screens in the auditorium, café and kids space.

Mt Albert Baptist quickly realised the value of having a team who could be a single point of contact for all aspects of the solution throughout the project’s entirety. Auckland-based integrator Halogen Audio’s wealth of experience in the house of worship and events spaces offered a perfect ‘one stop’ package that included training and support at the church’s request.

To ensure the project resulted in a harmonious system, it became clear that the many brands offered by NAS worked well together. The warranty and support offered by the brands clinched the deal. For example d&b, inDESIGN, A2T and Parallel Audio offer five year warranties, while Midas offers 10 years. This gave Mt Albert Baptist peace of mind that its investment wouldn’t be wasted. Halogen Audio also had the full support of the NAS Solutions Projects Team and d&b audiotechnik for design support and commissioning.

The Auditorium system consisted of one d&b Yi10P flown per side, a d&b 18S sub on either side of the stage, two d&b 8S speakers as delay, and a d&b 30D amplifier to power it all. A Midas M32 digital console with a DL32 stagebox manages all the I/O. Four Midas DP48s sit on stage for band members’ personal monitoring.

“The ability to host such large events and gatherings beyond the auditorium capacity was a key objective,” explains Steve Worsley, Lead Pastor at Mt Albert Baptist Church. “The community was  amazed to see how we could, for example, stream a service to other parts of the venue and online, ensuring everyone could be involved in a service, show, funeral, wedding etc.”

The café/lobby area received 12 inDESIGN EZP-6020 pendant speakers for even coverage and 2x iD-BGM6 speakers for the outside deck area. This is all powered by an inDESIGN BA4120 amplifier. Inputs are controlled by a Klark Teknik DM8000 digital audio processor hosting feeds from the auditorium; a Cloud BT-1 Bluetooth wall plate, local line input and a Parallel Audio M2000 with wireless handheld and lapel mics. The wireless mic system utilises a pair of directional UHF antennas to ensure the microphone can be used anywhere in the lobby/café.

Installing this nimble PA system in the café allows the space to be more versatile. “The café has enabled us to even host services during holiday time when we wanted to host a more intimate setting,” says Steve. “It’s so easy to plug in and go. We don’t have to think about how it would be setup and who we need to source equipment from, we can just get on with it.”

NAS supplied A2T 75-inch displays as delay screens in the auditorium, café and kids space. Audio in the kids area comes from the TV using an inDESIGN iD-S9920-OPT sound bar.

Steve believes the upgraded system has brought invaluable improvements to Mt Albert Baptist’s Sunday service experience. “The ability for our community to engage in worship on a Sunday and not worry about muddy audio or misfiring tech has proven well worth the investment. The solution is by far one of the best audio systems created in a church of our size that I know of. We are extremely impressed and satisfied with the result.”

Kelvin Colling, Professional Systems Account Manager at NAS Solutions NZ, was a key part of the project. “What a great honour to work with Mt Albert Baptist and Halogen Audio. Between NAS and Halogen Audio, we were able to offer a significant portion of an entire solution package which offers high end audio and great coverage. More importantly, the upgrade assists church volunteers and contractors in creating an atmosphere that enables people to participate in praise and worship with ease.” 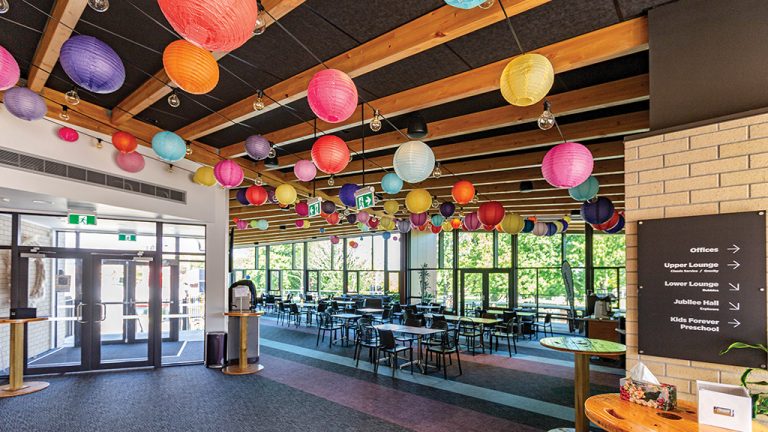 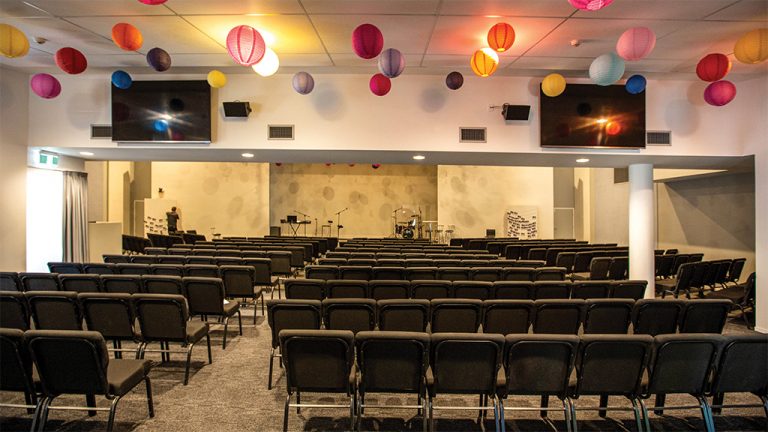 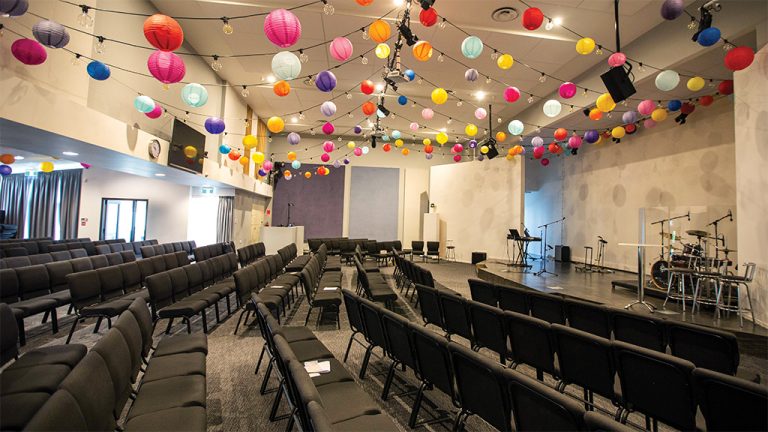 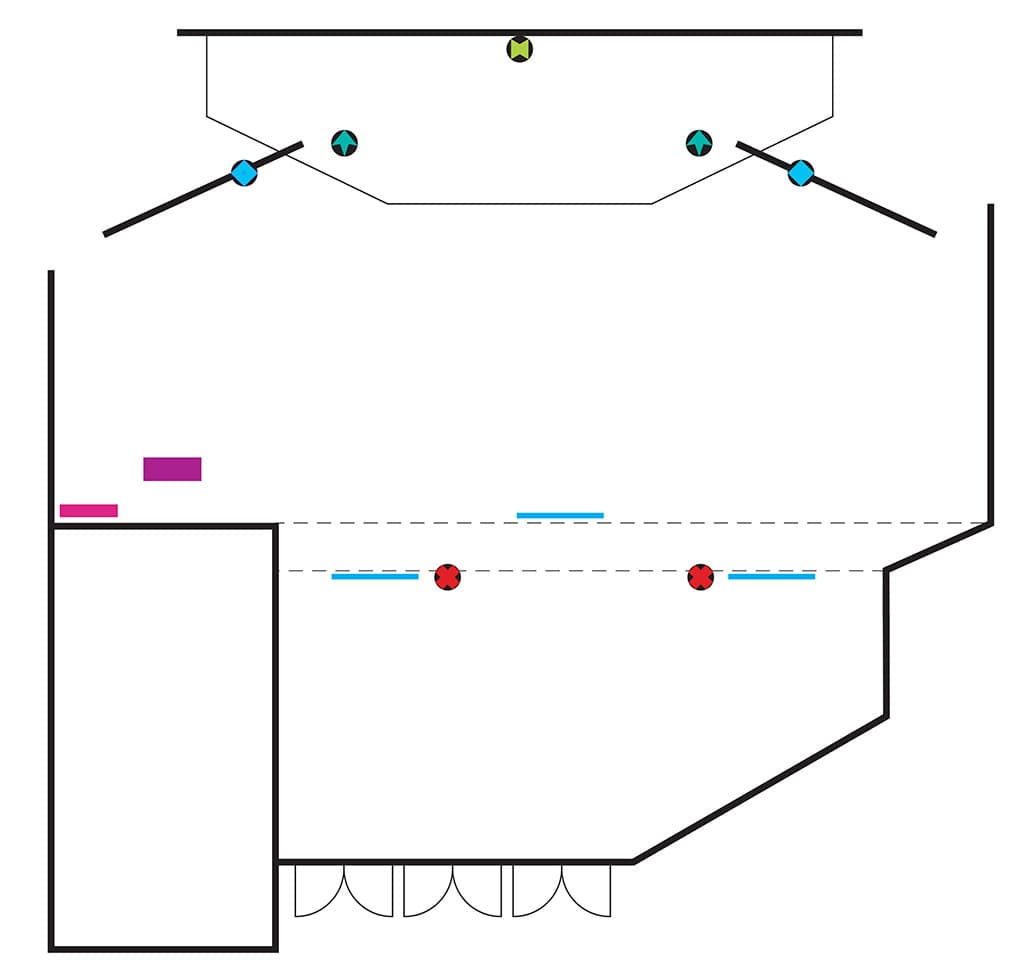 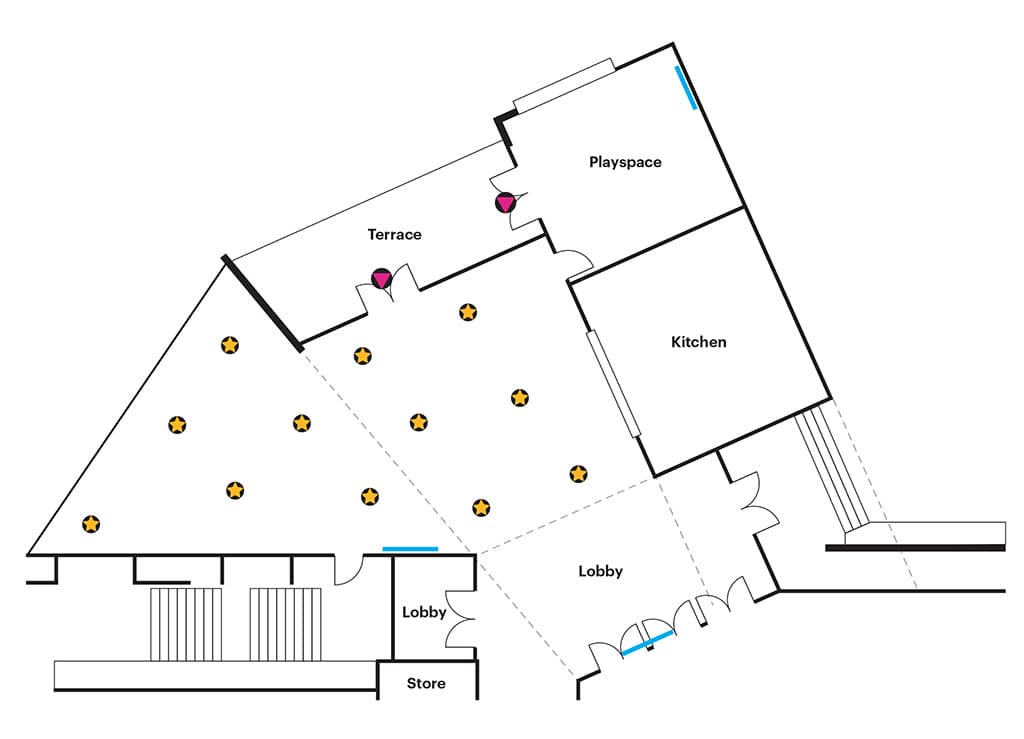