Regent on Broadway is one of New Zealand’s premier performing arts venues in the heart of Palmerston North. With a rich history, the lavish 1300-capacity theatre has undergone major refurbishments since it was built in 1930. The Theatre roster is filled with community events, school plays, tribute acts and musicals, however the Regent’s many rooms also host weddings, banquets and other functions.

Around 15 years ago, Regent Theatre splashed out for a point source system with multiple delays for its main auditorium. This system was sufficient for small and uncomplicated show requirements however for larger scale performances demanding more impactful sound, the house rig needed to be complemented or replaced with other loudspeakers.

On many occasions, Wellington-based company Western Audio had ‘topped up’ the Regent on Broadway’s theatre with more powerful audio components for individual shows. Over the years, Western Audio owner Andy Craig built trust with the Regent’s staff, as well as a deep knowledge of the theatre itself and its unique characteristics. When the time came to replace the house PA with a more capable system, Western Audio was the prime candidate to see the space installed with a fit-for-purpose rig.

A number of challenges came with the job. “It’s a deep room,” observes Andy, “36m from the stage to the back row – that’s a reasonably long throw. And the deep balcony shades a lot of the stall. The tricky bits are getting coverage in under the balcony and getting articulation at the back row.”

Western Audio is no stranger to d&b audiotechnik, having used its systems extensive in the live scene. Andy was convinced the power of d&b’s ArrayProcessing would meet the needs of Regent’s coverage conundrum.

“I knew ArrayProcessing would let us put a d&b V-Series system in there,” says Andy, “and it would sound clear and detailed perfectly evenly all the way through the upstairs area without the need for delays.”

Western Audio worked with d&b supplier NAS Solutions to design the right system for Regent on Broadway. This included Andy sharing his insights from his experience putting touring systems in the room, as well as a load of venue measurements, rigging considerations, and ArrayCalc modelling.

The main PA system is made up of two d&b V-Series left/right line arrays with nine boxes a side – seven Vi8s and two Vi12s per hang.

A centre cluster of the new d&b A-Series is installed as its slimmer profile was less aesthetically obtrusive without compromising on sonic profile. “We looked at the modelling for the A-Series,” says Andy, “and on paper, it looked like it was going to integrate well with the V-Series.” Splayed heavily to throw from the front to back of the room, the three A-Series boxes are used in an LCR configuration as a vocal channel for theatre productions. The Regent is the first venue in New Zealand to install d&b A-Series loudspeakers.

Around the centre cluster are two hangs of three d&b V-Subs a side. A pair of d&b J-Series Infra subs at ground level supply additional low frequency extension. Six d&b E8 boxes are utilised as front fills on the stage lip while four d&b Yi7Ps are mounted as time-delayed under balcony fills.

The commissioning phase was heavily supported by d&b’s ArrayProcessing capability. The unique technology allowed Western Audio to extract the best performance and coverage from the line arrays, ensuring the auditory experience was even across every seat in the space.

“Every space has some irregularities in it,” explains Andy. “ArrayProcessing attenuates the hotspots so you get very smooth tonal coverage from front to back. It also addresses the HF rolloff and atmospheric attenuation over distance. I think about it as putting an iron over the coverage so it gets rid of the wrinkles and bumps and evens everything out tonally.”

From the beginning, Andy had a clear vision of what a successful installation would look like. “If you’re a touring FOH guy and you know you’ll be using a house rig, you often walk in with a little bit of trepidation – I have been in that situation a number of times. I wanted a system for Regent on Broadway that, when you rocked in and threw on your favourite bit of music, walked to the difficult corners of the room and had a listen, you straight away went “Wow, this will be an easy day. I’m off to catering now.”

Having run the system for a few weeks now, the Regent on Broadway is delighted with its new house PA.

“The board members were amazed and ecstatic when they heard it,” recalls Andy, “and probably a little relieved that it came up so well. I think the d&b system we have installed is powerful, articulate, and the right size for the room. It’s going to be really great for them.” 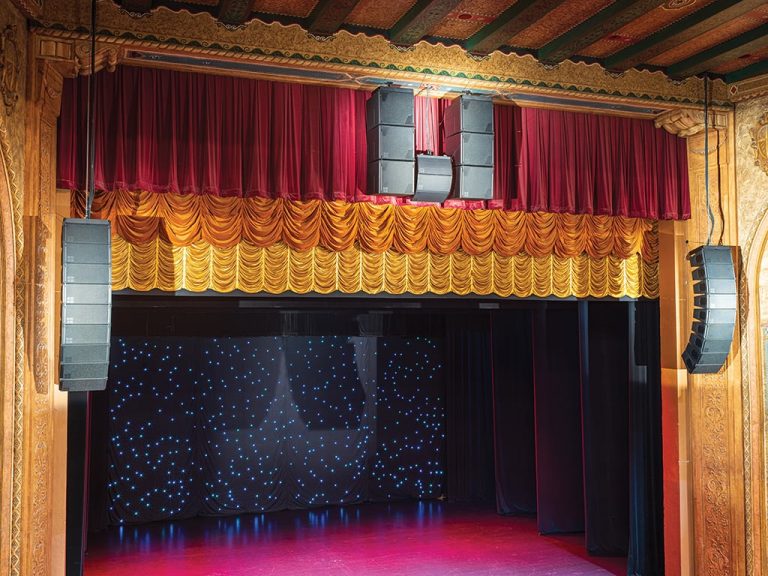 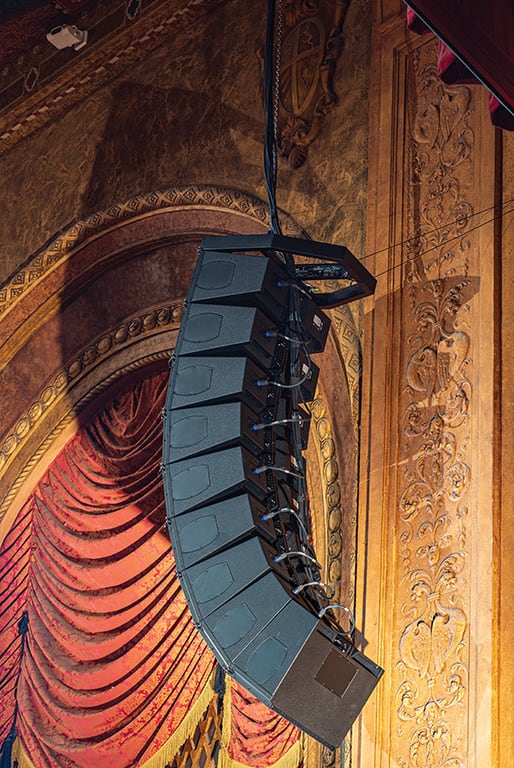 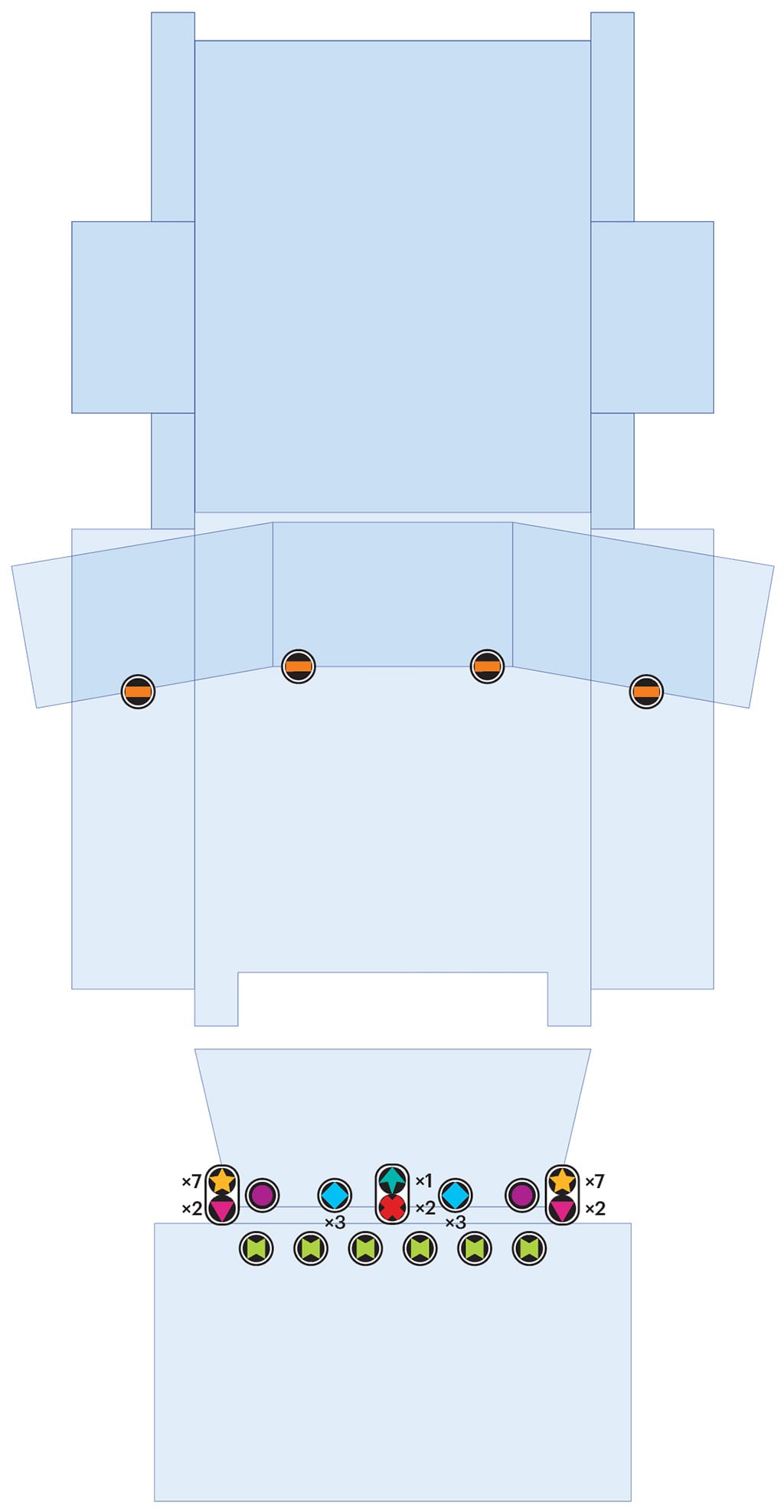